THE ROMA DIASPORA FROM INDIA

Around a thousand years ago, Roma people began to travel from India towards the west, according to the most accepted linguistic, historical and anthropological theories.
They took many routes through and around what is known today as Afghanistan, Iran, Armenia and Turkey. Their origins are steeped with legends and myths, due to the scarcity of written historical records. 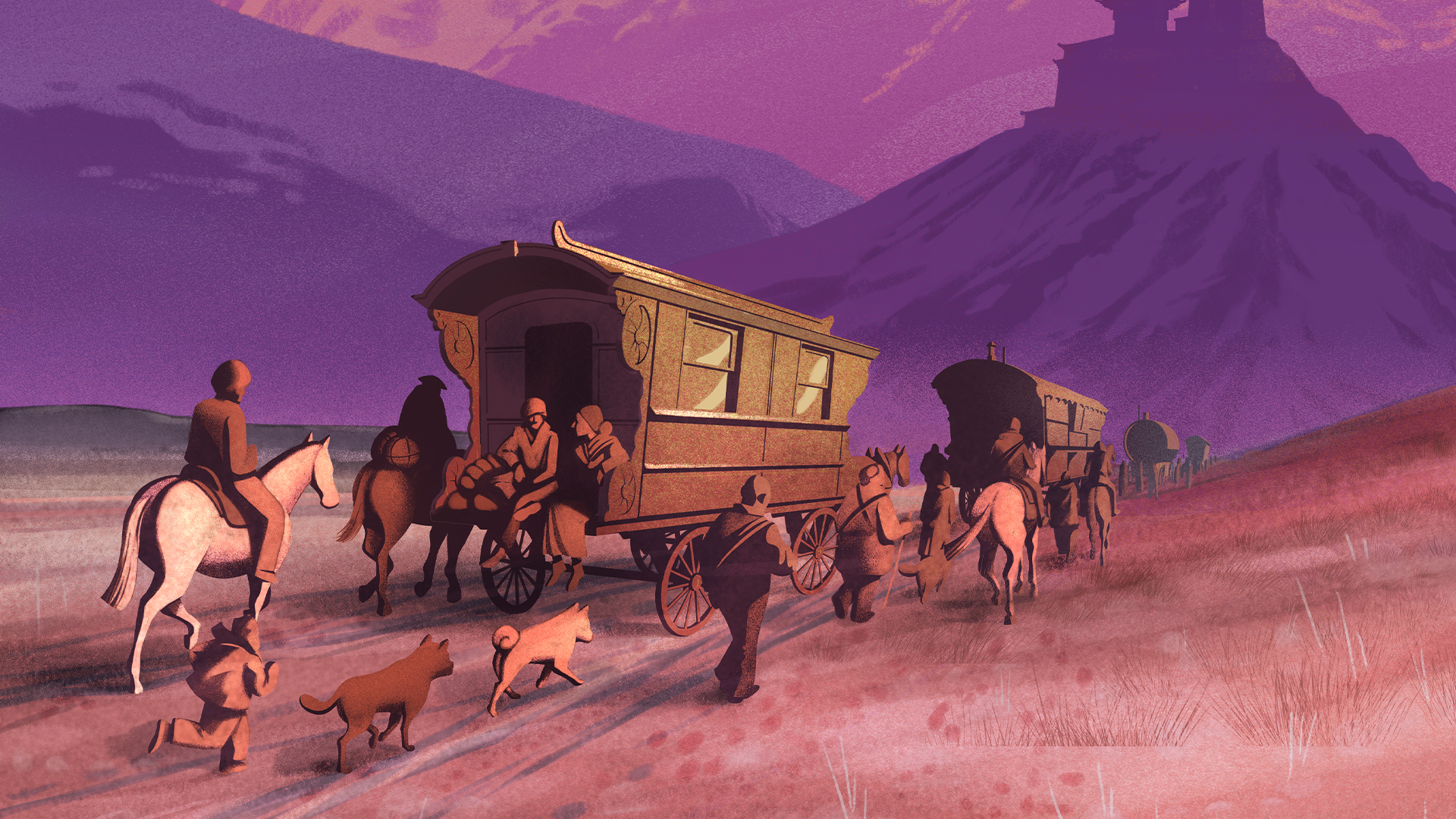 ARRIVAL ON THE IBERIAN PENINSULA IN THE 15TH CENTURY

The first document recovered set the arrival of Roma on the Iberian Peninsula in the 15th century. The first document dates back to 12 January 1425, when Count Don Juan of Little Egypt was welcomed to Zaragoza by King Alfonso V of Aragon, who gave him free passage for him and his group of Roma to travel the kingdom for a pilgrimage to Santiago de Compostela.

Without doubt, one of the most shameful episodes in the history of Spain was the Great “Gypsy” Round-up (La Gran Redada) which was authorised by Ferdinand VI and that entailed the groundless detention of around 10,000 Roma people. The families were separated, men were sent to forced labour camps in the naval arsenals to rearm the Spanish naval fleet, and women and children were sent to prisons and factories. 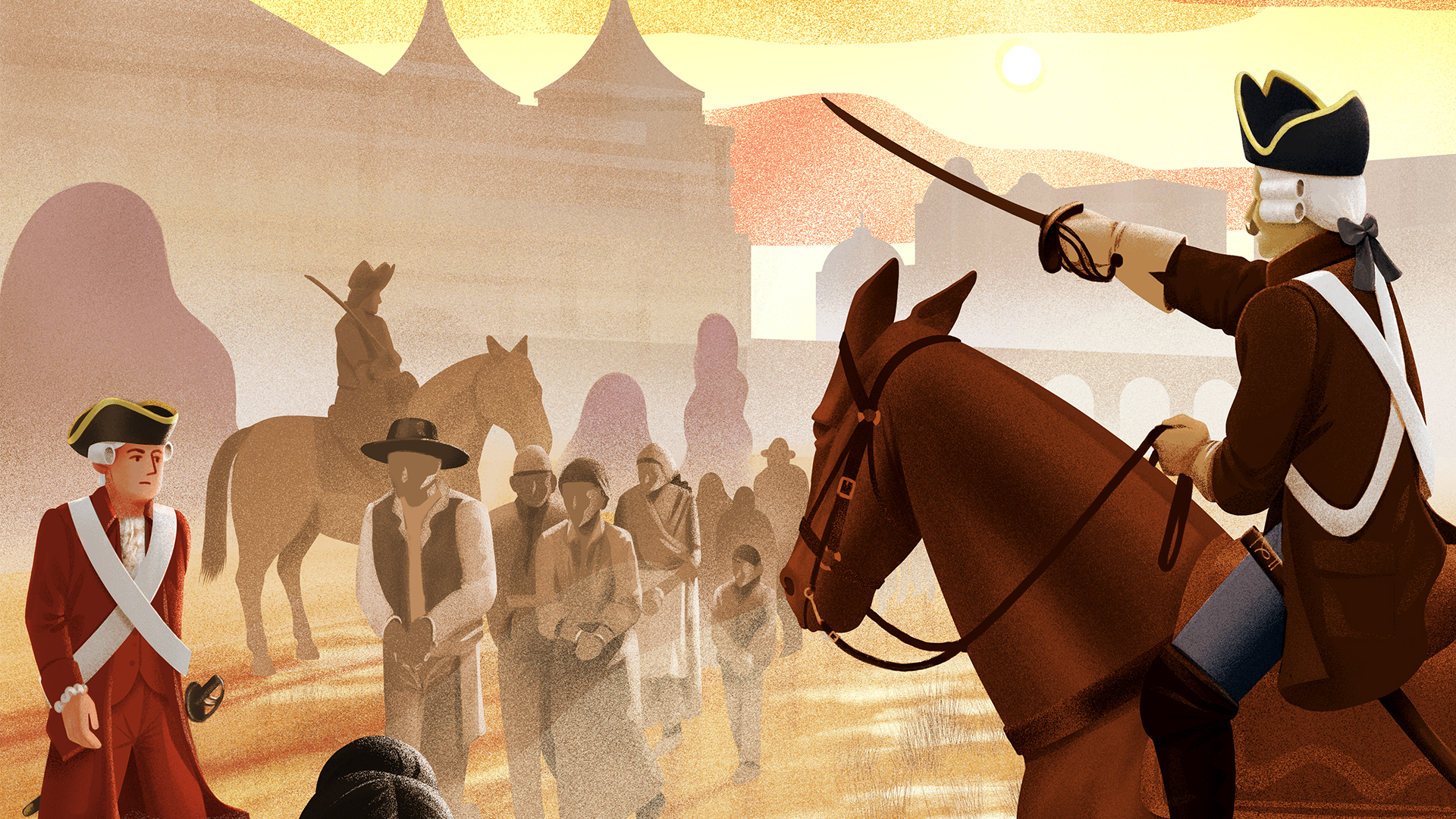 THE NIGHT OF THE GYPSIES. THE DARKEST NIGHT

On 2 August 1944, the Roma Section of Auschwitz fell silent.†Some 4,200-4,300 men, women & children†were led to the gas chambers that night. It is known as the “Night of the gypsies”. Officially, in Europe it is the Roma Genocide Remembrance Day. It is calculated that more than half a million Roma were killed in the Holocaust. 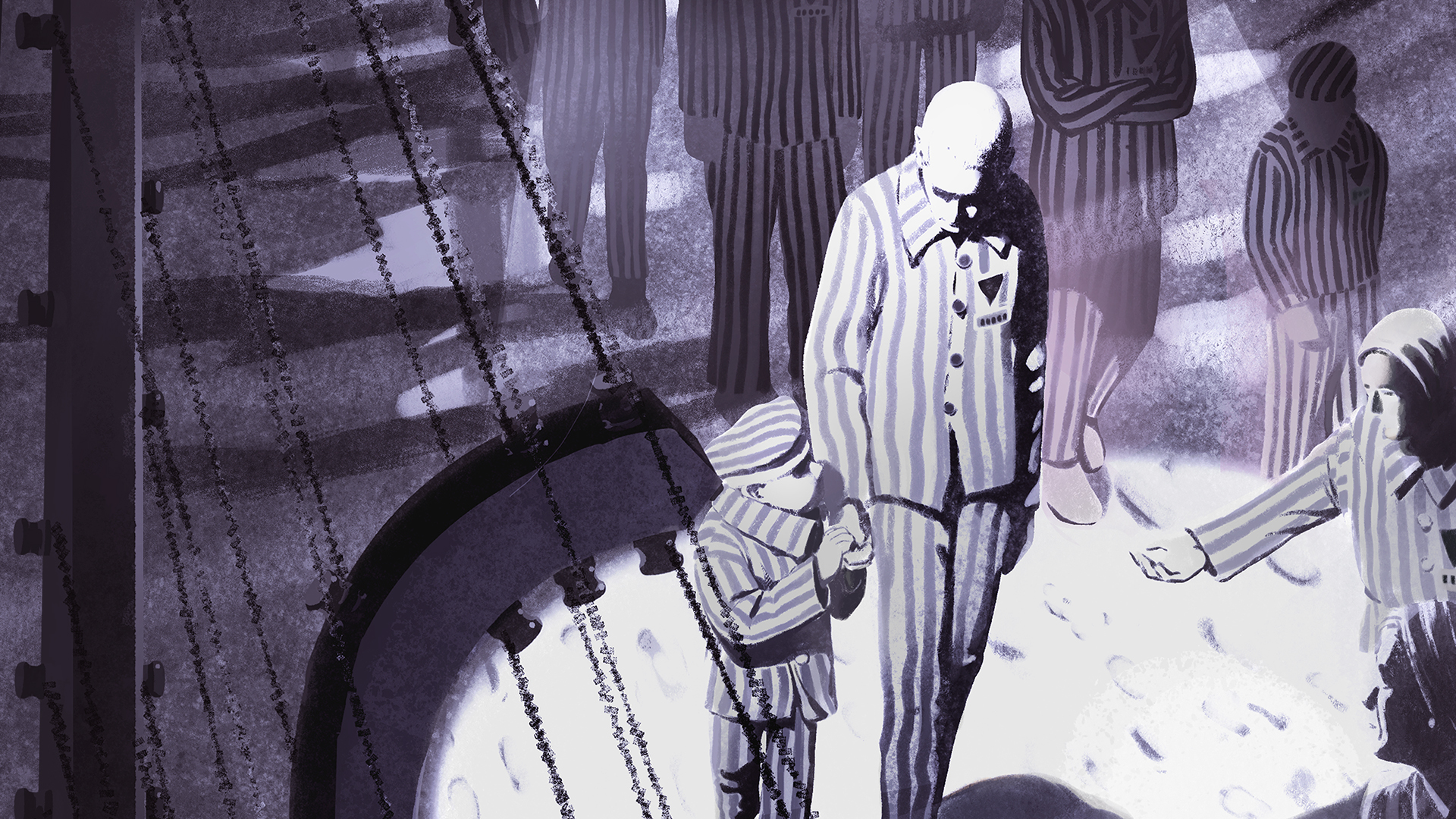 THE SPANISH CONSTITUTION WAS SIGNED BY A ROMA

Juan de Dios RamÌrez-Heredia, politician, journalist, lawyer and president of UniÛn RomanÌ, was the first Roma member of Parliament with UCD (Union of the Democratic Centre) in 1977, and subsequently an MEP with the PSOE (Spanish Socialist Party). He was the first Roma person to make a speech in Parliament in favour of the dignity of his people. 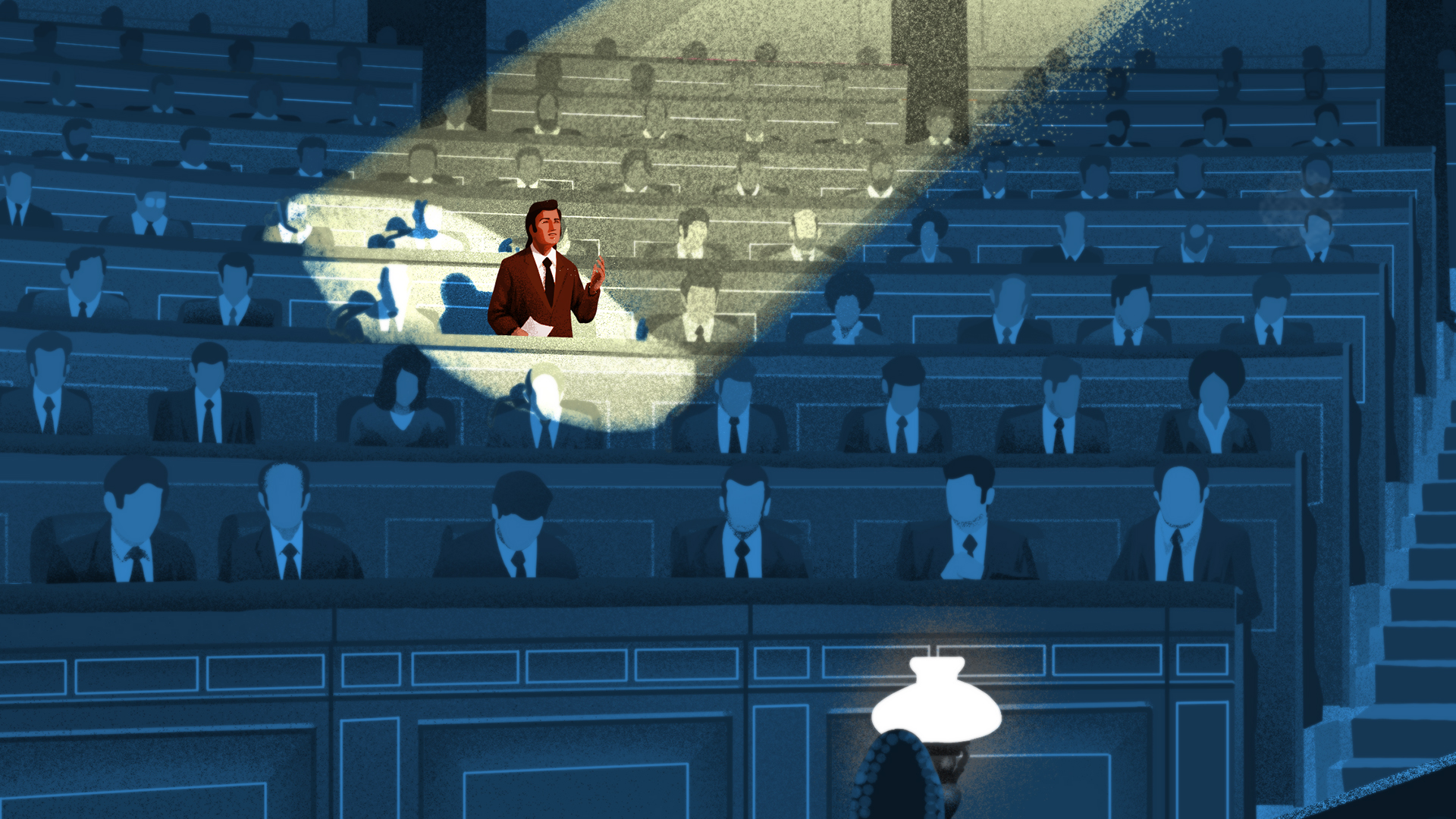 As part of Spanish society, the Roma community has also achieved great progress in the last 40 years in spite of the everyday rejection and difficult situations of inequality. Slum living has been almost eradicated; more and more young Roma attend University and today Roma men and women can be found holding all kinds of jobs. Pioneering Roma women are conquering true equality. 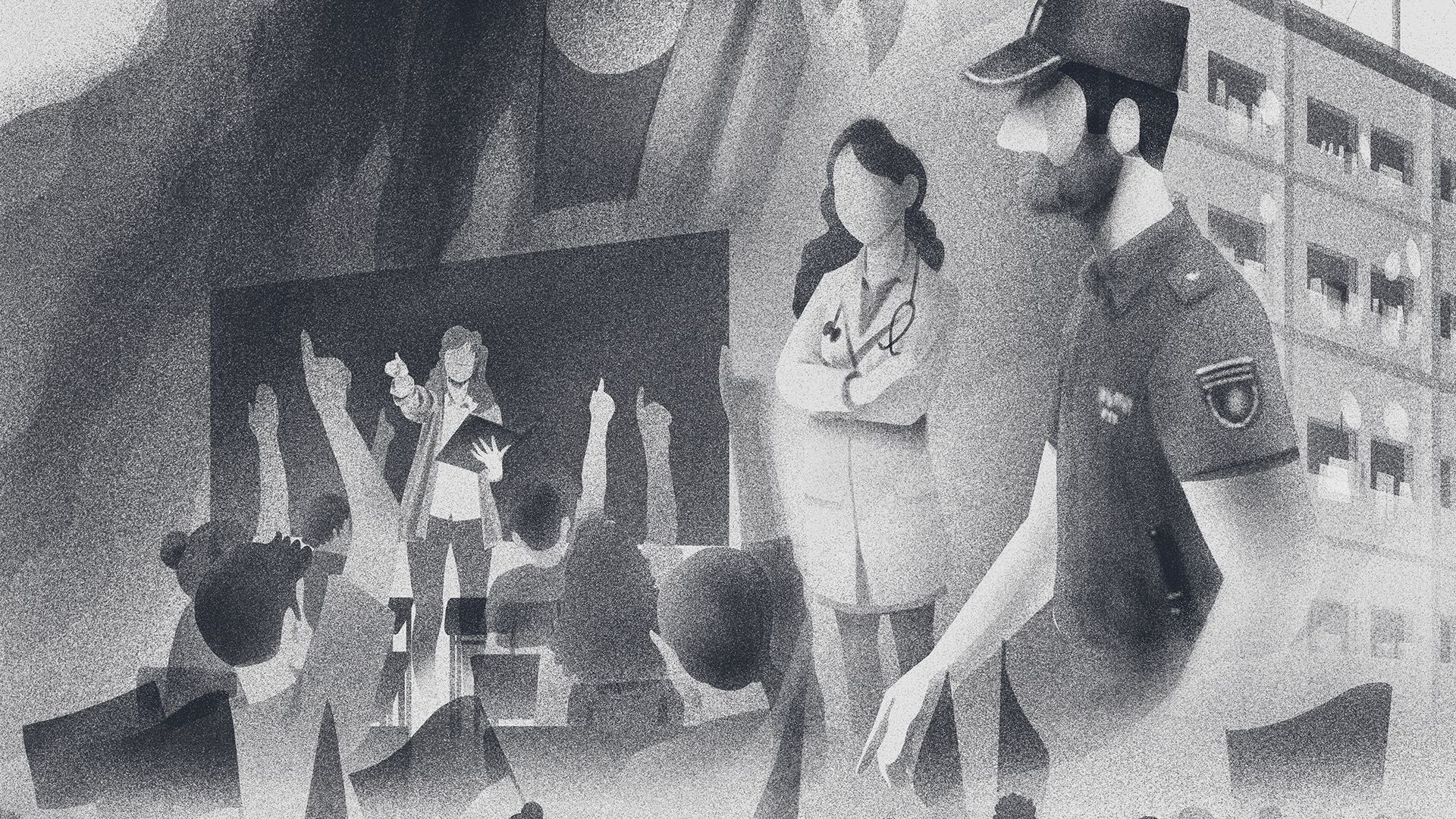 ONE PEOPLE. ONE FLAG

The colours green and blue of the flag represent the fields and the sky. A red cartwheel in the centre symbolises the journey from India and also freedom. The flag and the anthem were established in the first World Romani Congress, held in London on 8 April 1971. 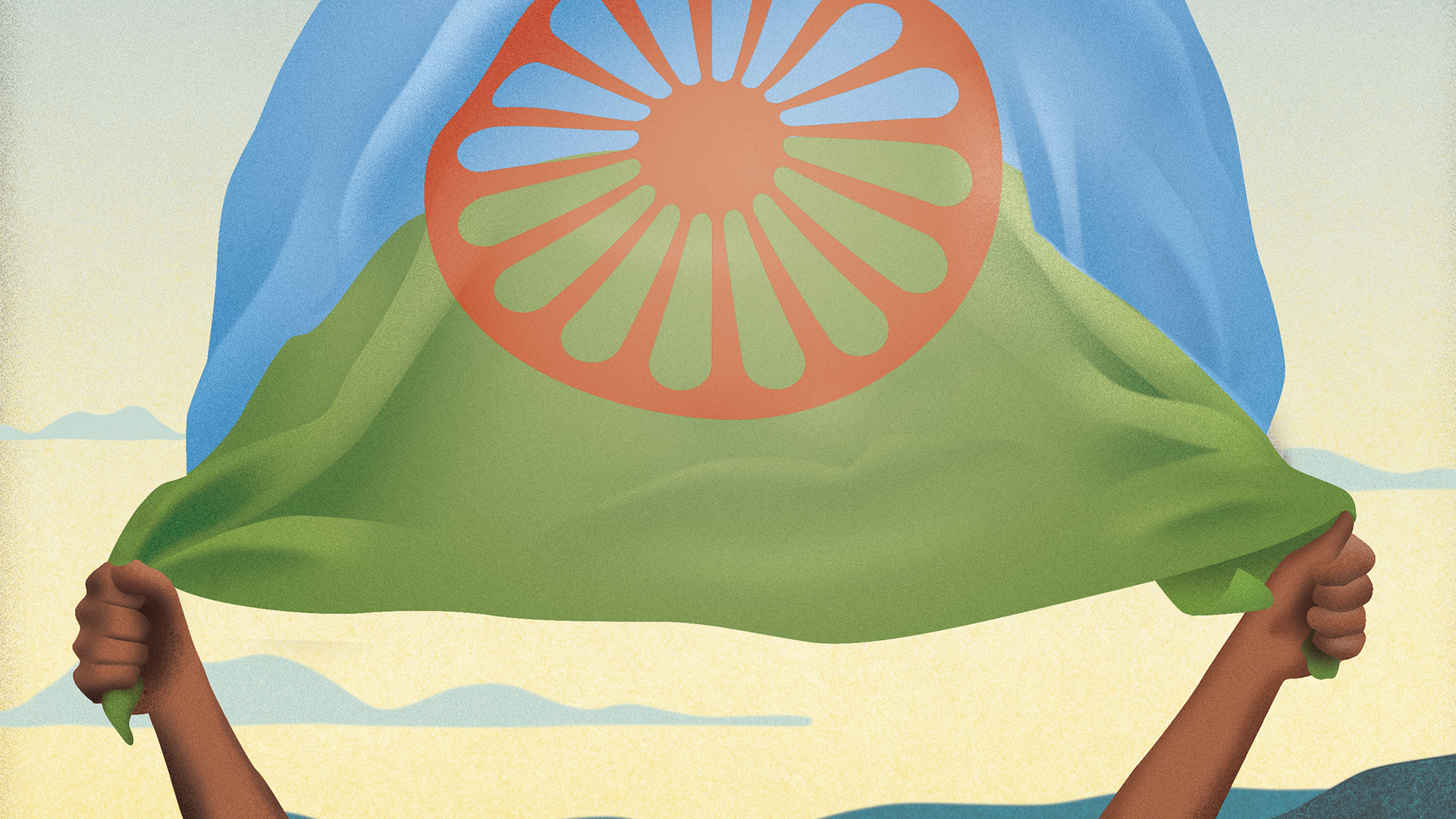 Roma people have managed to maintain cultural traits and shared values ​​and identity elements: like the famous extended family, the respect to their elders, a sense of pride ... In addition, they still retain a strong sense of belonging that adds value to their citizenship. 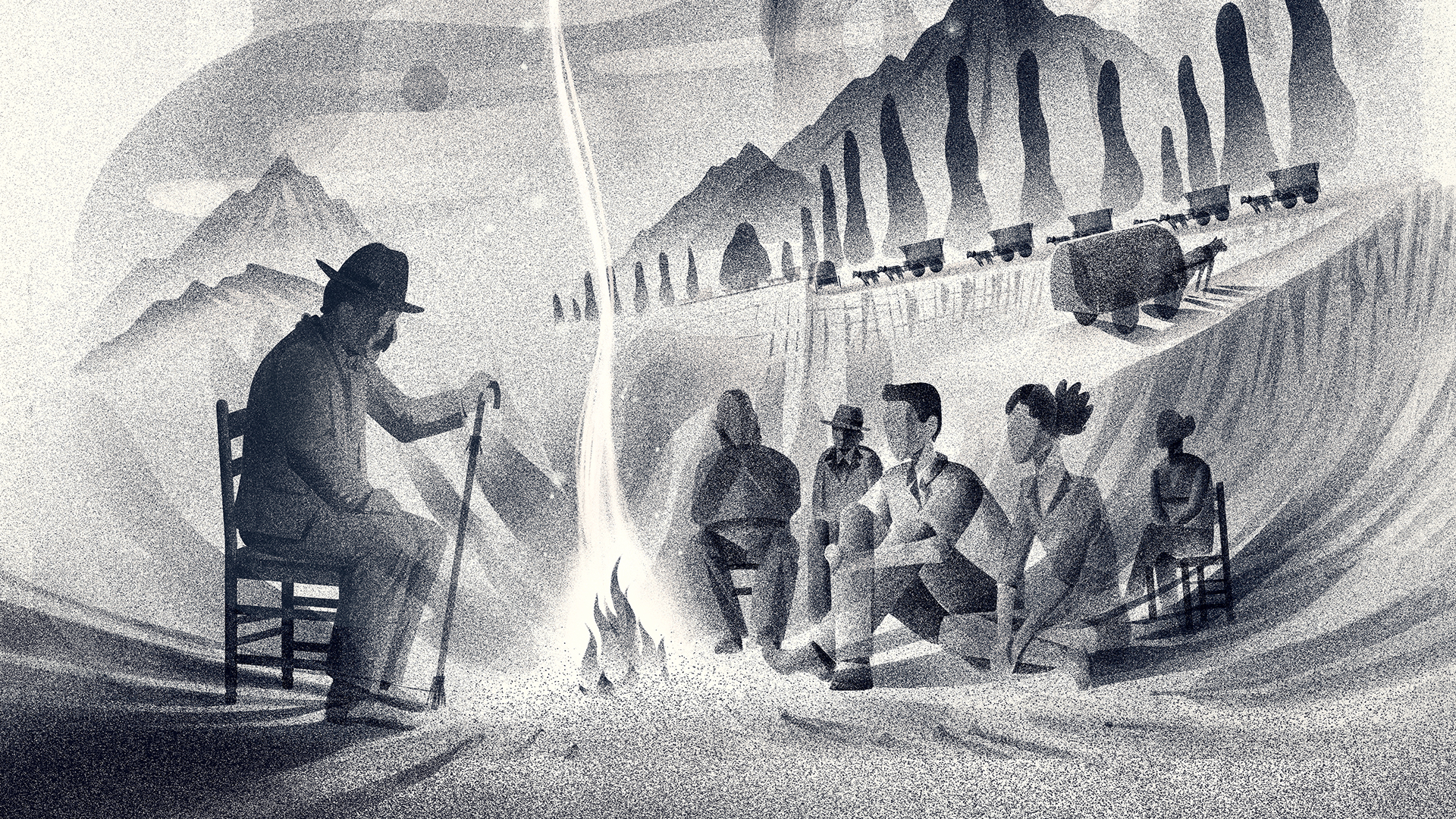 It was born in the 18th century in southern Andalusia and designated World Intangible Cultural Heritage by UNESCO in 2010. Flamenco is a universal art appreciated right across the world. Flamenco is song (cante), dance (baile) and guitar. But above all is a unique art and one of the most important of our history. 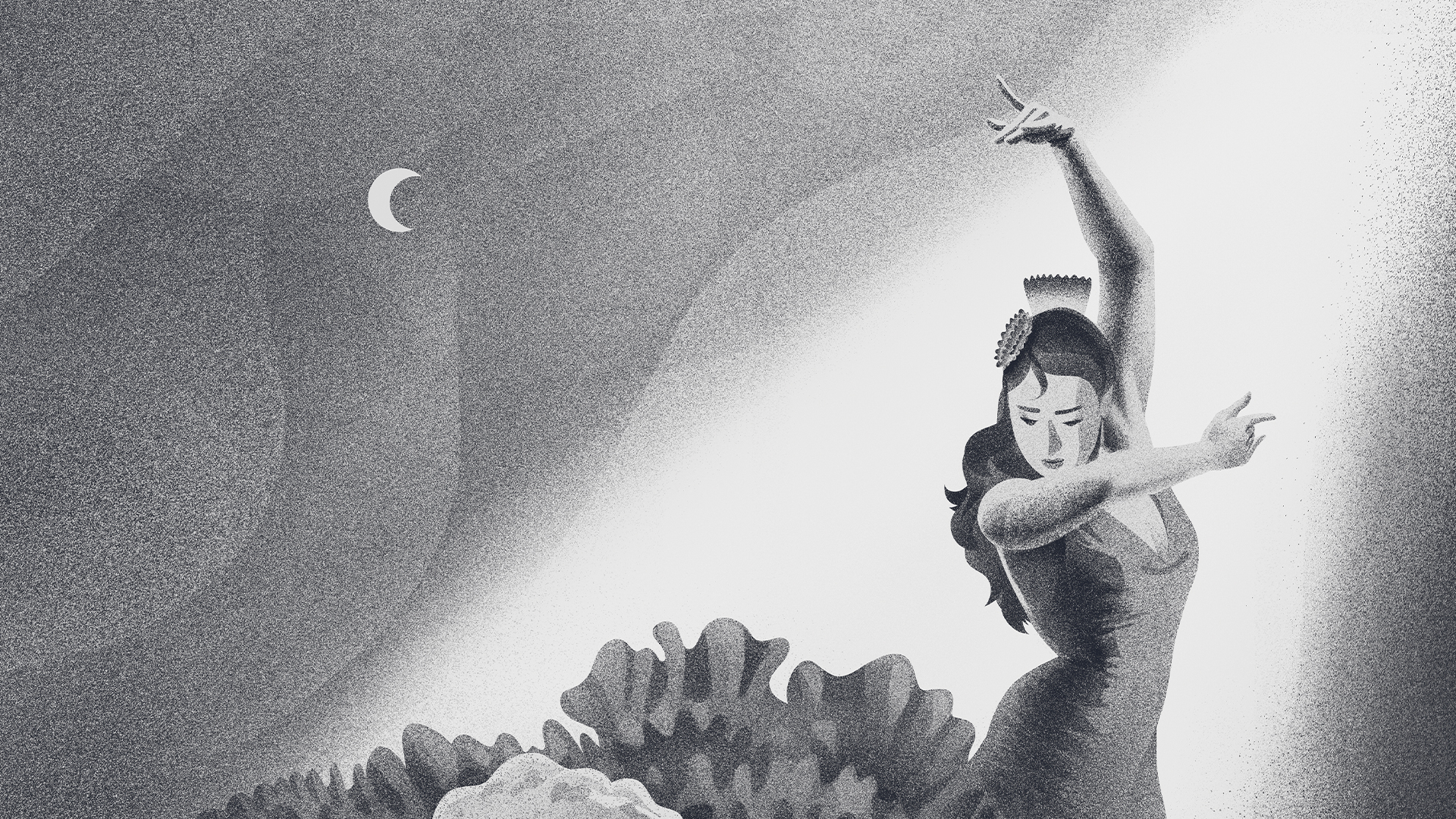 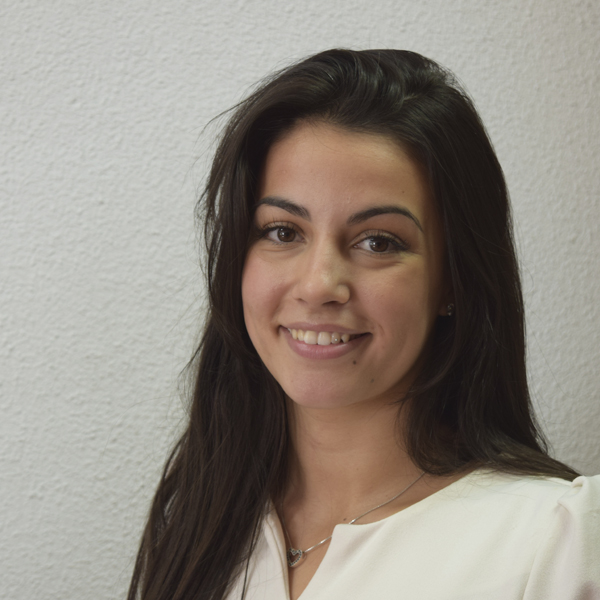 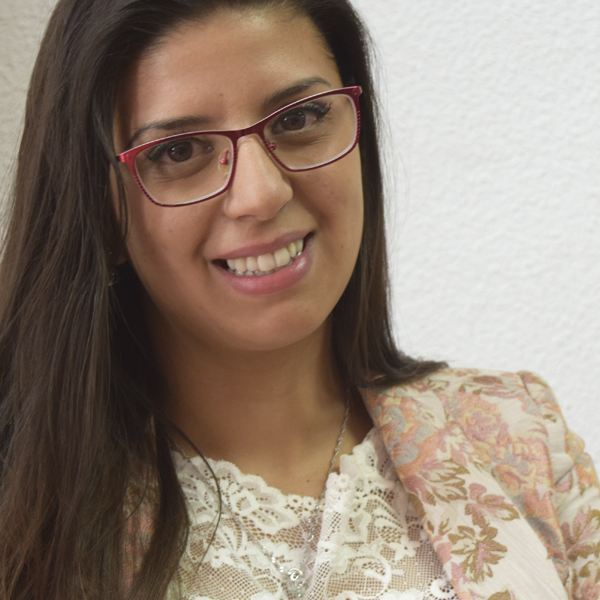 "THANKS TO THE SUPPORT I RECEIVED AT HOME, TODAY I CAN SAY THAT I AM KEEN TO BECOME AN ATTORNEY. FUNDACI”N SECRETARIADO GITANO-LUIZ S¡EZ HAVE ALSO HELPED ME TO ACHIEVE MY GOALS. I WILL QUALIFY AS AN ATTORNEY AND BECOME A MEMBER OF THE LAW SOCIETY AND WILL BE PREPARED TO FACE THE LABOR MARKET AS A FEMALE ROMA ATTORNEY "

BSC/BA IN OFFICE ADMINISTRATION. WORKS AS SECRETARY AND ADMINISTRATOR 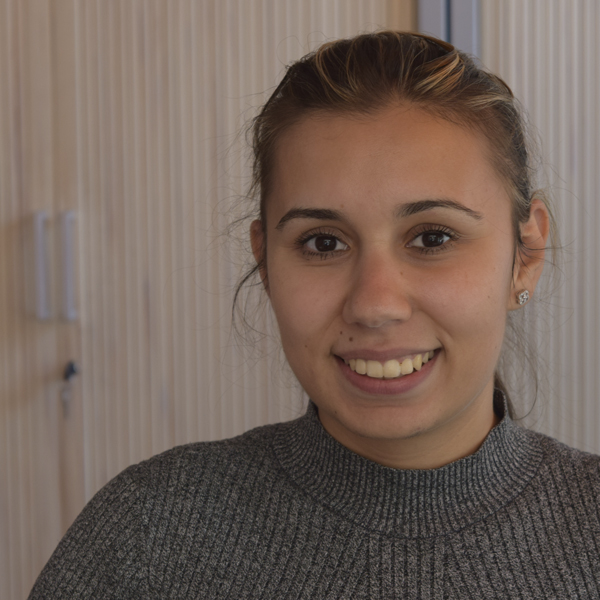 "MY WORK EXPERIENCE HAS HELPED ME REALISE THAT THERE ARE MANY THINGS THAT I WOULD LIKE TO LEARN. WITH MY TESTIMONY I WOULD LIKE TO ENCOURAGE OTHER ROMA GIRLS TO STUDY AND TRAIN THEMSELVES TO REALISE THEIR AMBITIONS. WE TOO CAN DO IT.”

SHE WAS THE FIRST OF A FAMILY OF STREET SELLERS FROM HUESCA TO GO TO UNIVERSITY. TODAY, SHE REPRESENTS SPAIN IN THE COUNCIL OF EUROPE’S EUROPEAN COMMISSION AGAINST RACISM AND INTOLERANCE (ECRI). 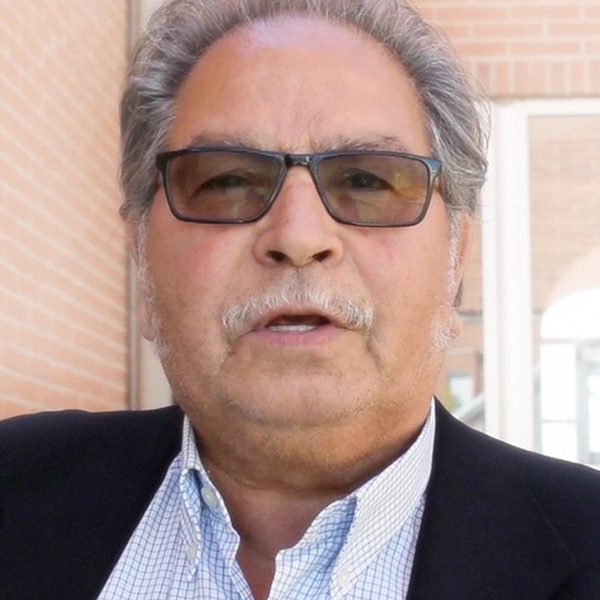 BORN IN BILBAO IN A SMALL WAGON, HE SOON MOVED TO VITORIA. HE REPRESENTS THE TRAJECTORY OF ROMA PEOPLE IN THE LAST 40 YEARS LIKE NO OTHER. HE IS PROUD THAT HIS CHILDREN AND GRANDCHILDREN ARE UNIVERSITY EDUCATED AND WORK. HE IS A PERENNIAL ACTIVIST FOR THE RIGHTS OF ROMA PEOPLE.

Through Romani Lesson, FundaciÛn Secretariado Gitano aims to change people´s perceptions of the Roma community and offer a more realistic and fairer outlook that challenges deeply rooted stereotypes and prejudices and that allows to build citizenship and fight for a shared future without discrimination. 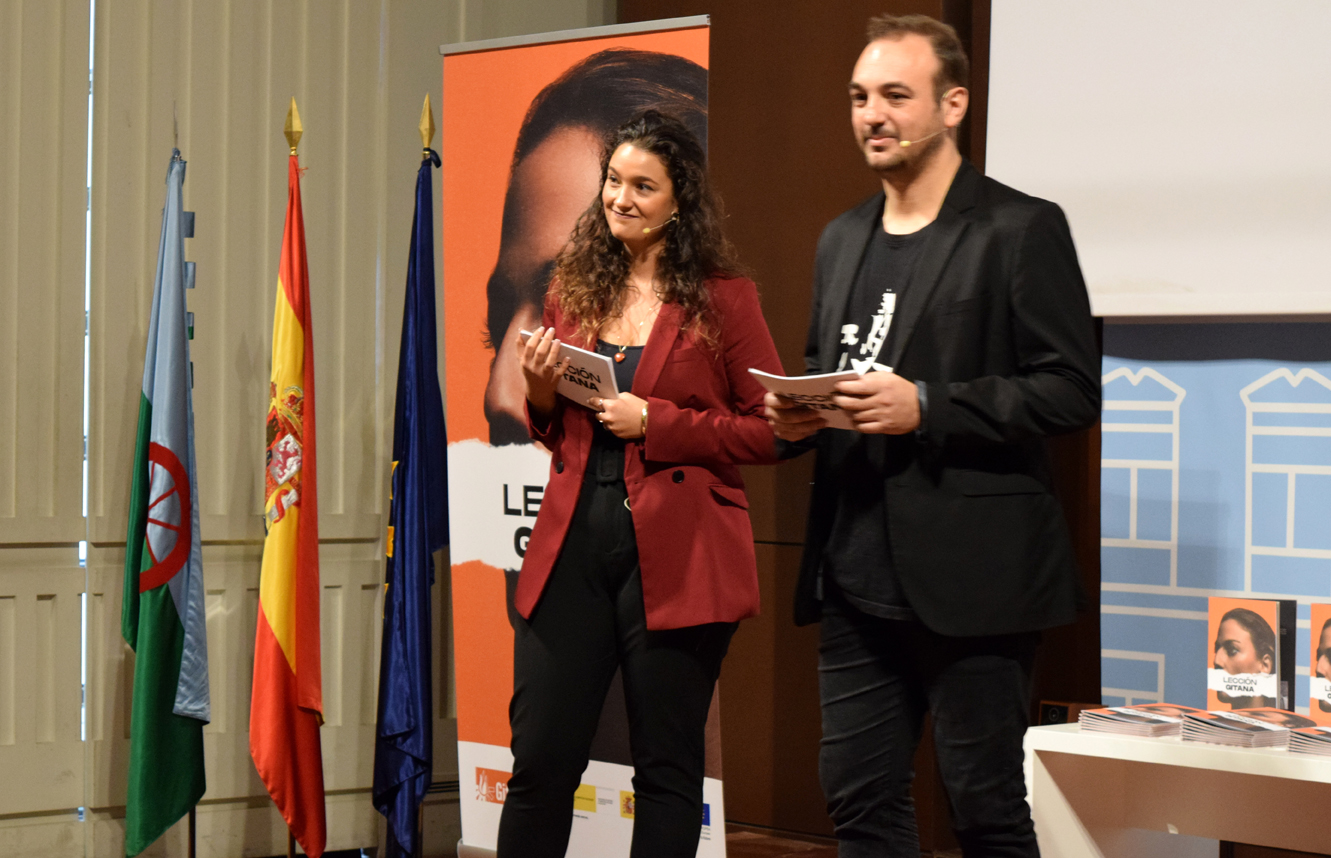 #RomaniLesson†was taught†in a master class by journalist Ana Segovia and musicologist Gonzalo MontaÒo, who work at FundaciÛn Secretariado Gitano. During their presentation they shared the main milestones in the history, culture and progress of the Roma People.†

Download now, free of charge, our Romani Lesson on your tablet, computer or smartphone and discover all the history they never told you. 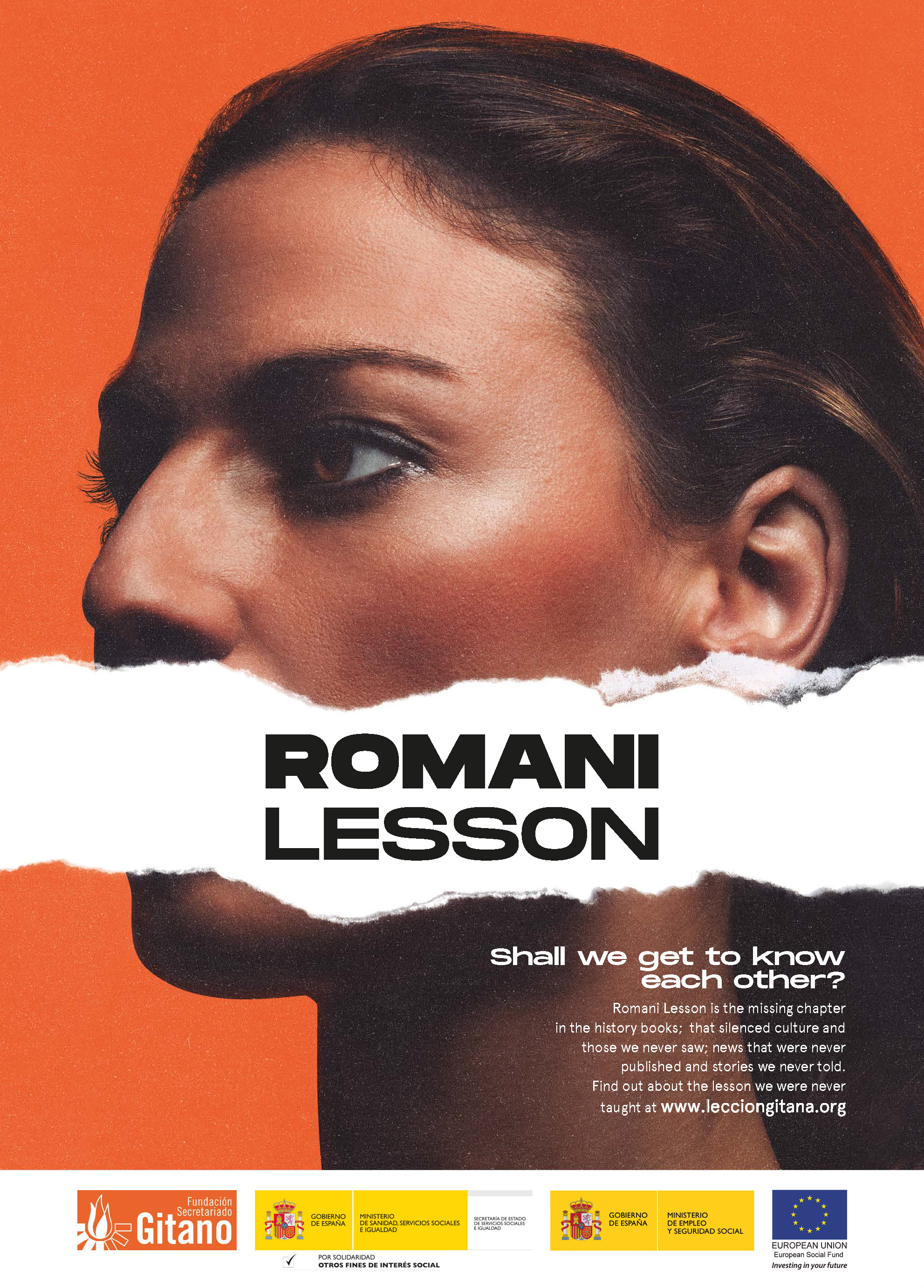 #ROMANILESSON, THE LOST CHAPTER OF HISTORY THAT SEEKS TO COMBAT IGNORANCE ABOUT THE ROMA PEOPLE

On November 16, the International Day for Tolerance and also†the International†Flamenco†Day, FundaciÛn Secretariado Gitano (FSG) launched its last campaign #RomaniLesson, "the chapter missing from the history books". An awareness†raising campaign that†seeks to increase knowledge of the Roma people†among the general population in an effort to build a more intercultural and diverse society that promotes equal rights for all and breaks down discrimination.†

One of the main products of the campaign is the book "Romani Lesson" which offers an insight into what is a history of persecution and pain and also of resistance and positive contributions.†Among the pieces of the campaign there is also a video, a microsite, a leaflet and a poster.

According to Isidro RodrÌguez, general director of FundaciÛn Secretariado Gitano, "through Romani Lesson we want to draw attention to the ignorance of the†general population†about an essential part of its members: the Roma community". Rodriguez also stressed that "Romani Lesson is an invitation to put an end†to ignorance, prejudice, rejection or indifference. It is an invitation†tolearn about the immesurable cultural legacy that Roma peolpe have made to the shared social and cultural heritage and to know more about the identity, values ​​and customs of the Roma that are also patrimony of our society as a whole ".

"Today, more than ever, we need to make our history, our precious culture, the legacy that our elders known; and to give value to the progress that, in spite of the difficulties and the persistent inequality, Roma men and women are achieving. It is time to give this "Romani Lesson" so that people know us for what we really are" said Sara GimÈnez, lawyer, director of the Department of Equality and Fight against Discrimination of the FundaciÛn Secretariado Gitano, during the opening ceremony of the presentation of the campaign. 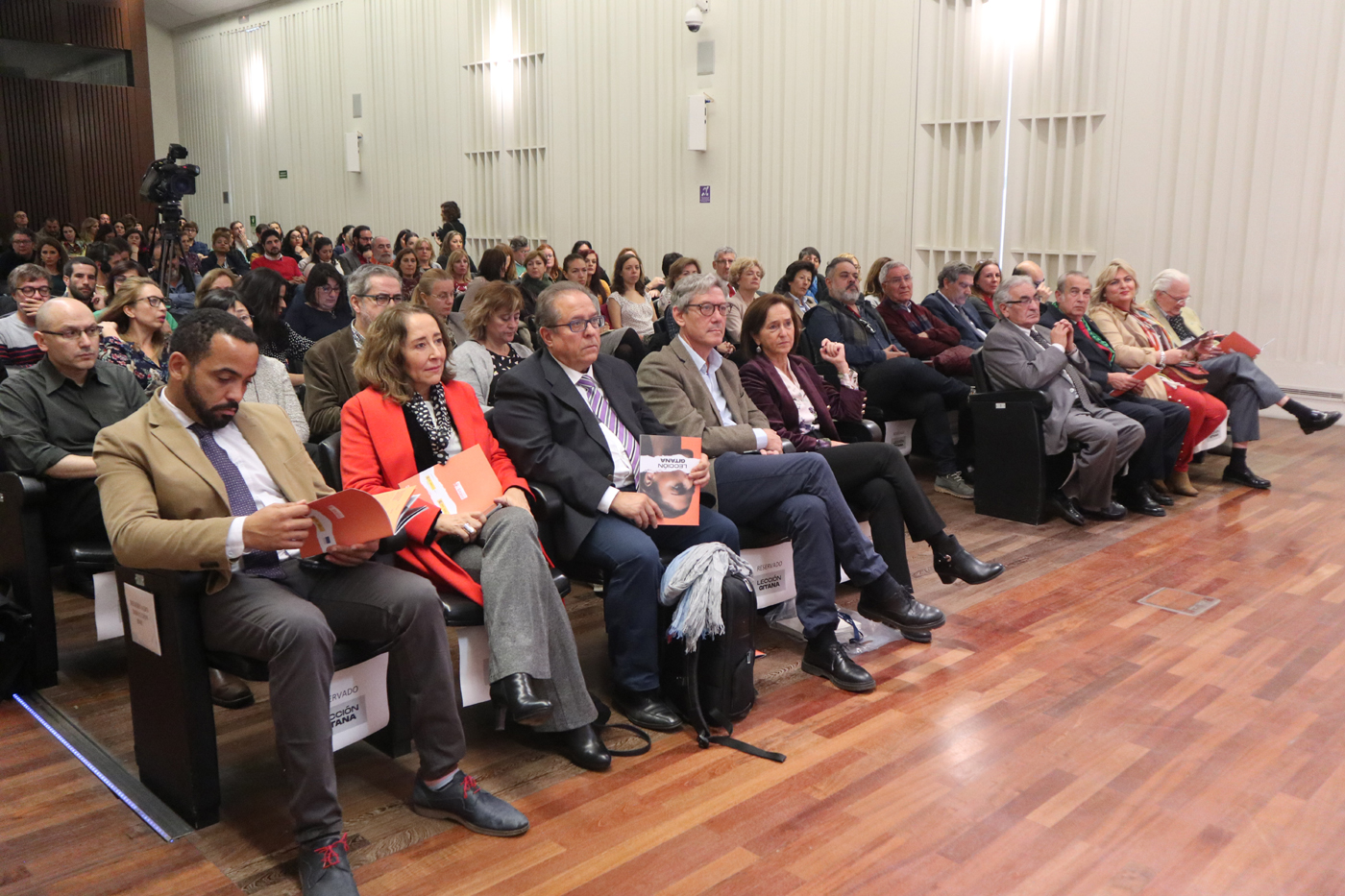